A postcard of the Kaufmännische Vereinshaus 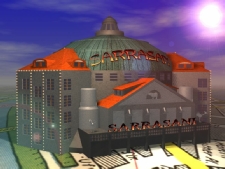 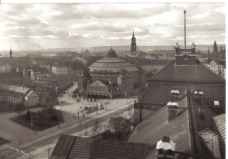 Radrennbahn Reick during a politcal campaign on 19 july 1932

On June 23, 1937 Hitler opened the highway between Dresden and Meerane. He held a speech there for the roadworkers.

Hitler at the opening of the highway Dresden-Meerane 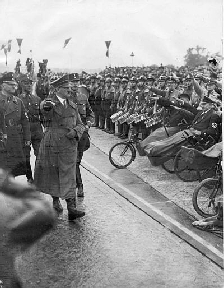 Semperoper
Location: Theaterplatz 2 (than called Adolf-Hitler-Platz)
Today: The Sempertheater is still there.
On May 27, 1934 Hitler opened the German Theaterweek (Reichstheaterfestwoche). Hitler attended Wagners Tristan and Isolde that was played. He stayed in Dresden until 30 May, but what his activities were, is unknown to me. He might have visited an army base. Who knows what Hitler did in Dresden during those days? 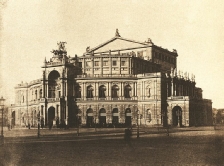 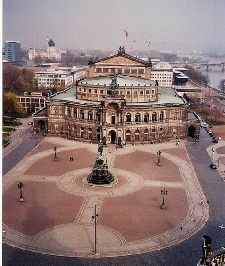 Next to the Gaststätte Italienischen Dörfchen, was the old hotel Bellevue. The picture shows the Gaststätte. (picture: www.wikipedia.de)

Location: Theaterplatz, next to the Gaststätte Italienischen Dörfchen (Theaterplatz 3)

Today: On the other side of the river Elbe a new hotel reopened in 1985. It is called the Westin Bellevue Hotel.

On May 29 and 30, 1934 Hitler was in Dresden. On the 29th he spoke for leaders of the SA inside the hotel Bellevue. On the next day he held a speech for local leaders of the NSDAP (location unknown). After that he went to Berlin. 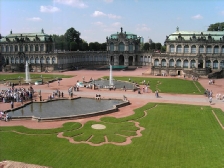 Location: The river Elbe, from Dresden to Schandau

Today: The hotel where Hitler and the Wagners staid is unknown.

Hitler was in Dresden on 7 and 8 Mai, 1936. The Wagner children came to visit him at his hotel and made a cruise on the river Elbe with him. The next morning Winifred Wagner arrived at the hotel. They had breakfast and after that Hitler and the Wagners drove to Bayreuth. Hitler went to his hotel (Bube) in Bad Berneck.

The courtyard of the Zwinger today (picture: public domain, wikipedia)

Today: The Zwinger building was badly damaged in the war. It was restored after it.

In 1936 Hitler visited the Zwinger in Dresden. He was in Dresden on 7 and 8 Mai, 1936. The Wagner children came to visit him at his hotel and made a cruise on the river Elbe with him. 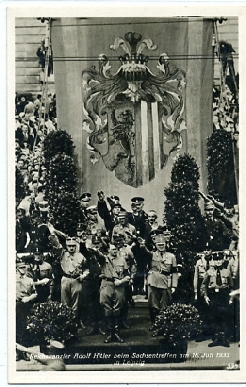 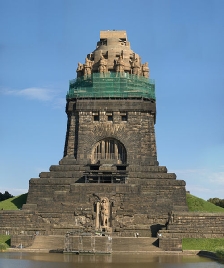 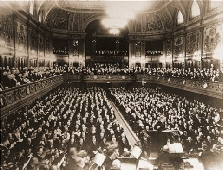 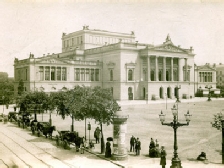 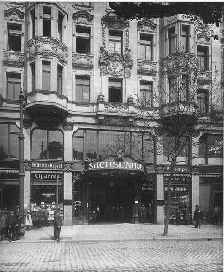 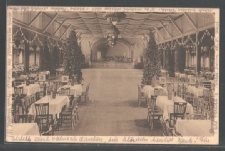 Today: The Denkmal was never realised. Only the open space reminds of the plans to built a national Wagner-Denkmal. It has become a park. Don’t mistake this location for the other Richard-Wagner-Denkmale in Leipzig.

On March 6, 1934 Hitler held a speech on occasion of laying the first stone of the Richard-Wagner-Nationaldenkmal. Emil Hipp was going to built it. He already started in 1932. The different parts of the Denkmal were ready in 1944, but they were never brought together in Leipzig. Today they are spread all over Germany.

Hitler and Goebbels in Leipzig on March 6, 1934

Speech at the Deutscher Juristentag 1933

On October 4, 1933 Hitler spoke at the Deutschen Juristentag in Leipzig. The Juristentag was a yearly returning event. The organisation that was responsible for it, seems to have dissolved in 1933. Under the National Socialist flag an event took place under the same name: Deutscher Juristentag 1933. In 1949 the ‘original’ Verein was refounded.

Hitler held a speech at an unknown location in Leipzig on March 26, 1938.

On March 26, 1936 Hitler visited Leipzig and held a speech there. 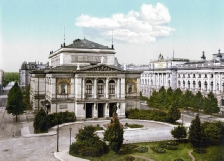 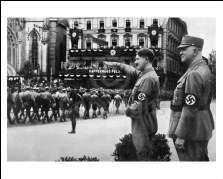 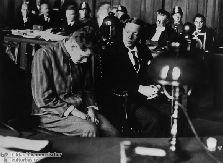 On October 6, 1938 Hitler drove through Löbau, after arriving in his Sonderzug. A picture shows him in his Mercedes on the Neumarkt. He was heading for the Sudetenland. He was in Rumburg and Friedland on the same day.

Hitler on the Neumarkt

The two most important cities of Sachsen on this page are Dresden and Leipzig. Hitler visited both places several times. A famous Hitler location in Sachsen is the Völkerschlachtdenkmal in Leipzig, also the city were Marinus van der Lubbe was sentenced to death. 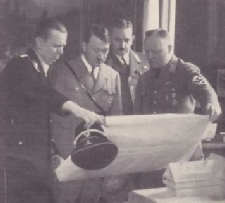