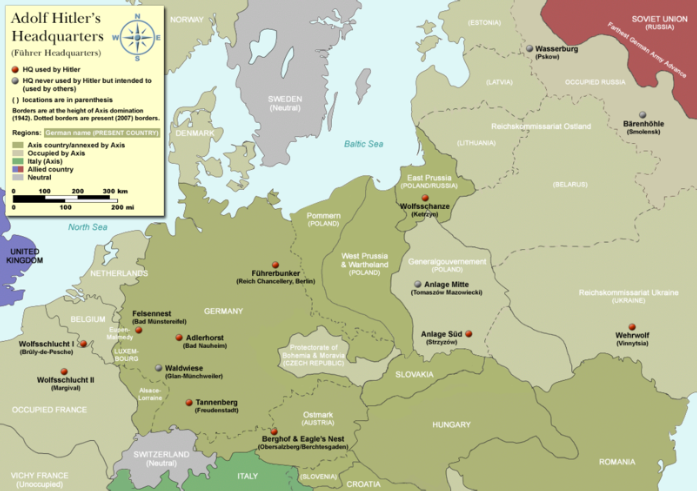 Hitler used his Sonderzug for all kinds of journeys over the years. The most important use as a real FHQ was during the Polenfeldzug (the train travelled through Poland) and the Balkanfeldzug (the train stood at Mönichkirchen, Austria). The Sonderzug was the first FHQ. Although in 1940 Hitler started to use other headquarters, he still used the train. The magazine After The Battle published a short article about the fate of the train (published in 1977). It says that Hitler used the train for the last time when he travelled from FHQ Adlerhorst to Berlin on January 15, 1945. It was moved from Berlin-Tempelhof to the south, eventually to Bruck, south of Zell am See (Austria). In early May 1945 the Führerwagen (no. 10206) was blown up, as it was being moved to Saalfelden. The rest of the train joined Himmler’s train Steiermark. The combination was called Brandeburg I and II, just before the capitulation. In May 1945 the train went to Pullach, south of München. There the US-army took over the train. In the 50’s the remaining carriages were returned to the Bundesbahn authorities. In 1977 all but one of the carriages had been withdrawn from service and were destroyed. The last one, a sleeping carriage (no. 10222, renumbered 8940322) was, at that time, in use of the President of the Federal Republic. What happened to it since, I don’t know. 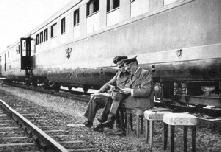 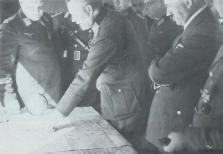 Hitler used the Felsennest from May 10, 1940 until June 6, 1940, during the invasion of the Netherlands, Belgium, Luxemburg and France (Fall Gelb). In this period Hitler also toured Belgium and France and he made a day trip to Paris. The ruïns of the Felsennest bunker are still there. The army command had large bunkers near the Forstenhaus Hulloch, in the forrest nearby and there was an airfield in Odendorf. MORE ABOUT FHQ FELSENNEST 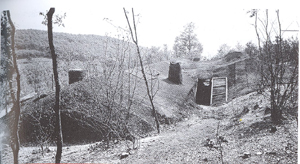 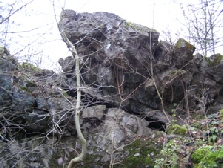 On June 6, 1940 Hitler moved to the FHQ Wolfsschucht at Brûly-de-Pesche, Belgium. The only Führerbunker that is free to enter is located here. It’s a very small bunker that has never been used. The village is still largely the same as it was, but the barracks in the woods (including the Hitler barrack) are not original. The exact locations of picture made in the period Hitler was there are often easy to trace back. On June 28, 1940 Hitler left the headquarters at Bruly-de-Pesche. He took a plane at Gros-Caillou airport to fly to Eutingen, near FHQ Tannenberg. MORE ABOUT WOLFSSCHLUCHT 1. 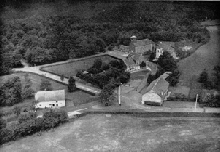 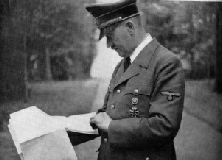 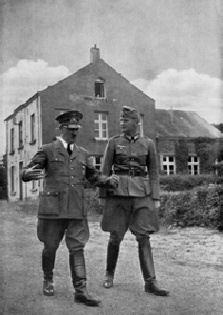 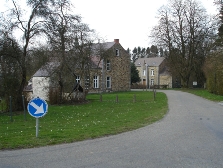 On June 28, 1940 at 11.00 a.m. Hitler arrived at the FHQ Tannenberg on the mountain Kniebis in Germany. He stayed there until July 5, 1940, when he took the train in Oppenau to go to Berlin. He made a few trips through the Elsass by car. In Freudenstadt he visited soldiers in a hospital and he must have seen the Maginotline. There are no traces of the wooden barracks (Hitler had his own chalet) anymore. The bunkers that were there, were blown up. Some bunker remains are still there. To find anything you probably need a good map of the old situation. 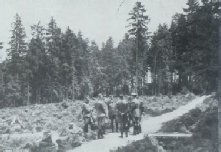 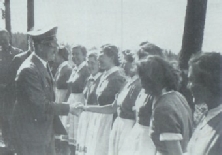 All pictures: Hitler at the FHQ Tannenberg in 1940.

On April 12, 1941 Hitler's Sonderzug Amerika arrived at the small station of Mönichkirchen. The Balkanfeldzug was coordinated from here. There is a tunnel nearby the station, that could have been used in case of an attack from the air, but an attack didn’t take place. Hitler stayed in the Sonderzug or took a walk to the small hotel nearby. Hitler's 52nd birthday (April 20) was celebrated here. On April 26 the Sonderzug left Mönichkirchen to go to Graz and Marburg, in southern Austria. The small station and the hotel are still there. 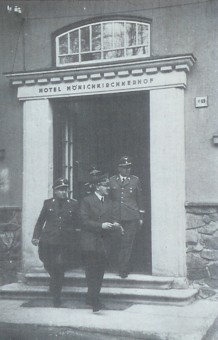 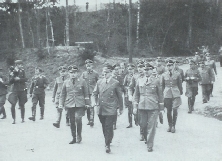 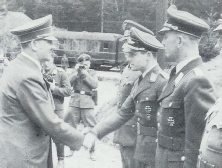 Centre: On the path leading to the station

Right: At the Mönichlirchner Hof

Just 48 hours after the beginning of operation Barbarossa (the invasion of Russia) Hitler arrived at the FHQ Wolfsschanze. It was June 24, 1941. On November 20, 1944 Hitler left the headquarters for the last time. Inbetween those dates Hitler was at the Wolfsschanze a lot. On July 20, 1944 the Stauffenberg attack took place at the so called Lagebaracke of the Wolfsschanze. In January 1945 the Wolsschanze was blown up, but the area is still worth visiting. A lot of ruins are still there. MORE ABOUT THE WOLFSSCHANZE 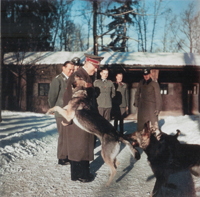 North of a railroad between Strzyzow and Frysztak, west of Przemysl (south-eastern Poland) were headquarters called Anlage Süd. Hitler was there on August 27, 1941 to meet Mussolini. Mussolini’s train was parked in an artificial tunnel at Anlage Süd, near Stepina. Hitler’s train stood in Strzyzow. He got to Anlage Süd by car. Hitler spend the night in his train and the next day he flew from Krosno Airfield to visit various headquarters near Uman (Ukraine). 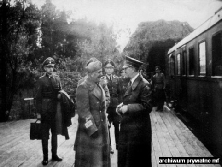 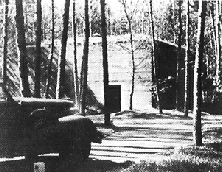 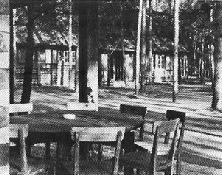 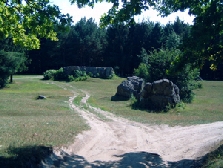 On June 17, 1944 Hitler came to the Wolfsschlucht 2 for a meeting with with Von Rundstedt and Rommel. The FHQ was located at the end of a railroad tunnel near Margival in France.The evening before Hitler was flown to Metz. The next morning he drove to the FHQ. Hitler didn’t stay long. After the meeting he left the Wolfsschlucht.

The Führerbunker of Wolfsschlucht 2 in April 1977

(picture: After the Battle, number 19)

The FHQ Adlerhorst was used by Hitler for the coördination of the operation Wacht am Rhein (Battle of the Bulge). Hitler left Berlin with his Sonderzug on December 10, 1944 and he arrived at the FHQ the next morning, after a 3 hours drive from the location the Sonderzug stopped. Hitler stayed there until January 15, 1945.

after the war. The bunker is not longer there.

(picture: After the Battle, number 19)